Basics of Pickleball for Beginners

An ancient proverb says, "A journey of a thousand miles begins with a single step." When it comes to the basics of pickleball for beginners, the really good news is that this is not a thousand-mile journey - it is much shorter and much more enjoyable.

In fact, for a pickleball newbie who wants to play pickleball, this game is very easy to pick up and if you learn a few pickleball rules you will find yourself having fun playing before you know it. This sport has aspects of tennis, ping pong, and badminton and players of all ages from kids to seniors can join in regardless if they are a good athlete or not.

To play pickleball requires a pickleball court which can be found either indoors or outdoors. Pickleball courts can be lined out on tennis courts, parking lots, gym floors or even your driveway - there are no rules.

The USA Pickleball Association (USAPA) has set out their rules for pickleball courts, but these standards are not hard to meet. The USAPA wants as many new players as there are people so pickleball courts are becoming much more common in places like public parks and schools.

The pickleball court is the same size as a doubles badminton court so it occupies much less space than a tennis court.

Some pickleball players have difficulty with the area closest to the net. The 7 foot area on either side of the net is defined by the kitchen line as the non-volley zone is also called the kitchen.

New players who want to rush the net have to learn to stop before this line as you are not permitted to hit the ball in the air (volley) if you are touching the zone. If the ball bounces in the zone you can certainly go in and hit the ball (and you should!) 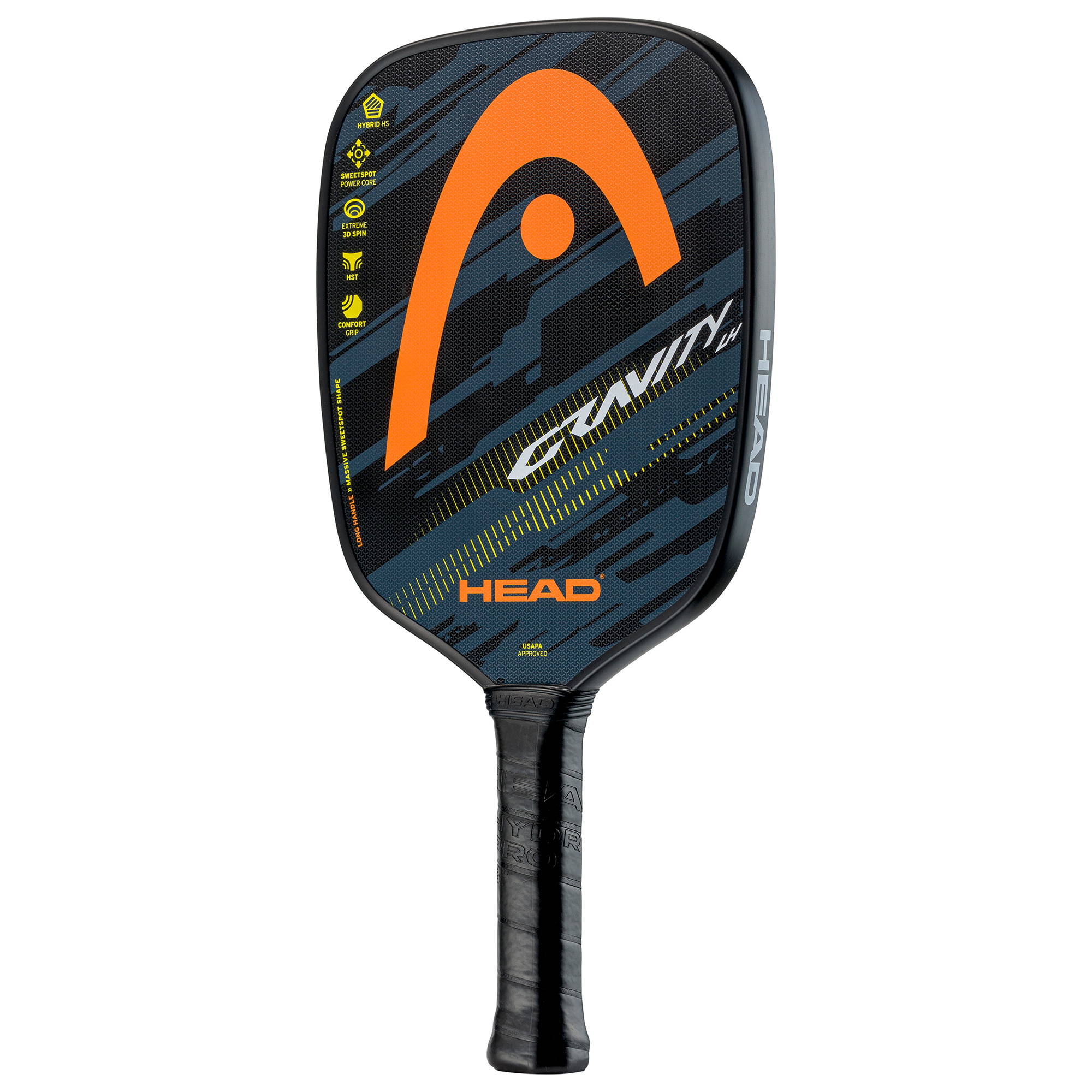 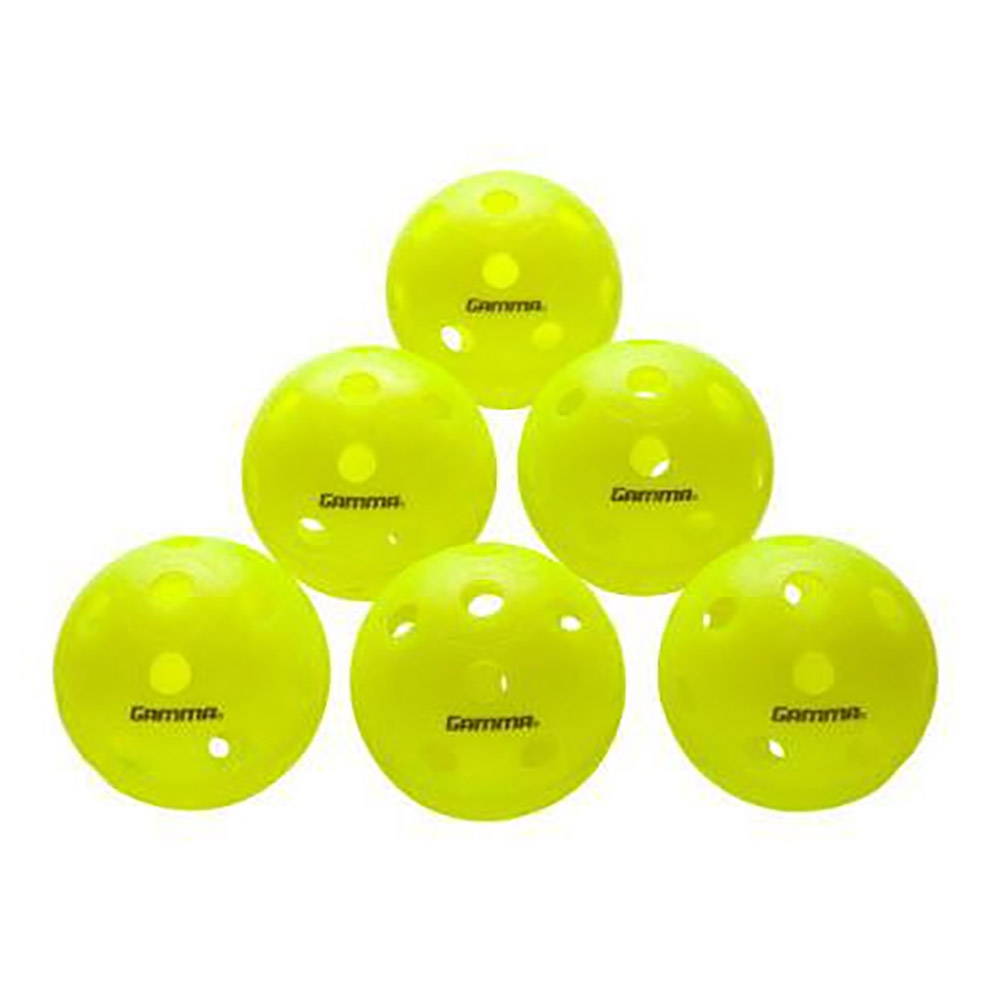 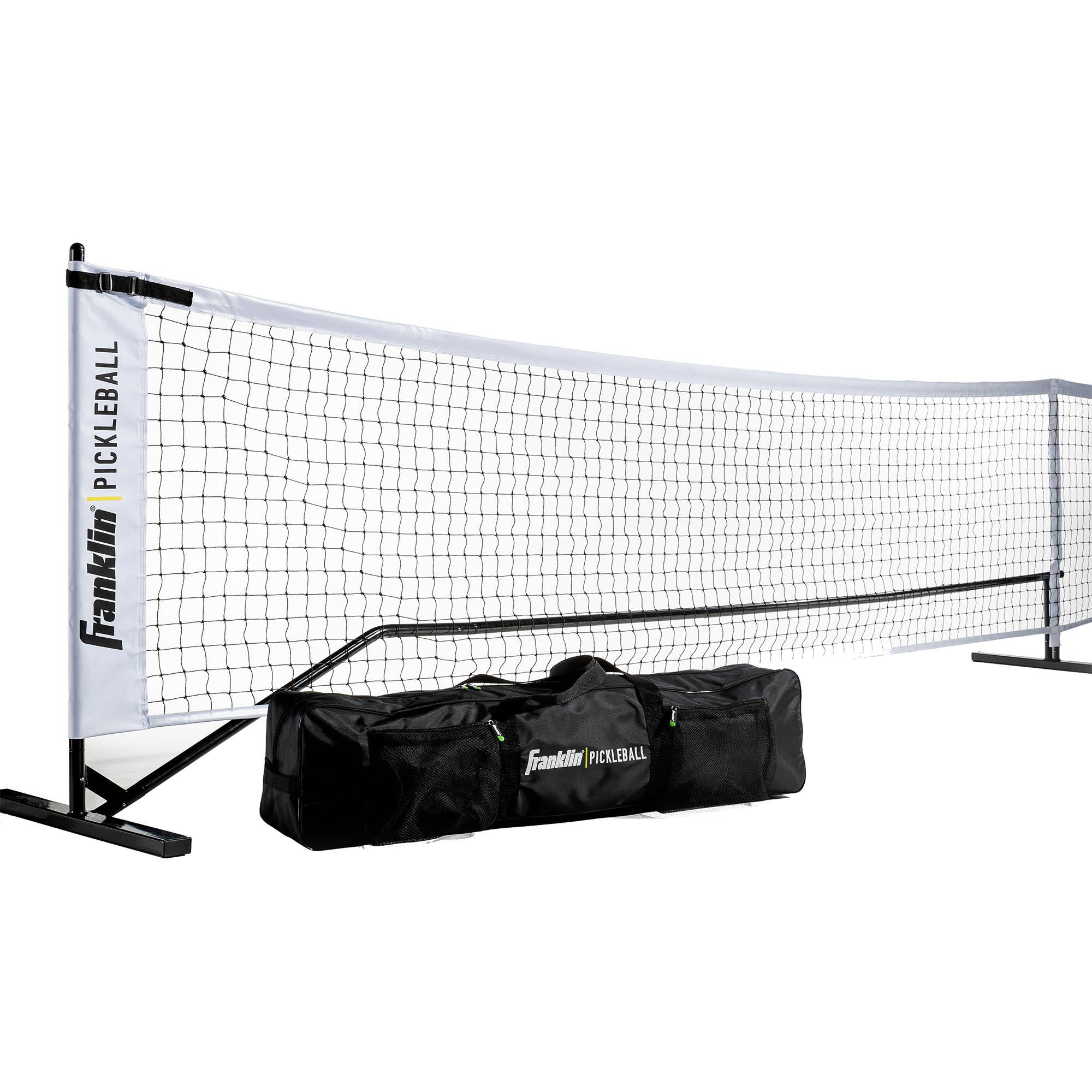 A pickleball paddle is a specialized piece of equipment that is not the same as a ping pong paddle and radically different from other racquets and other sports equipment. Unlike ping pong paddles, the surface on the face cannot impart spin by itself so it has much less texture.

The face of a paddle is usually wood, fiberglass composite or graphite. People play with many different paddles and beginners can get into games with any paddle approved by the USAPA. This means you cannot make your own paddle.

The overall length of a paddle is governed by the USAPA. See our Buying Guide for details.

Be aware that the weight will have a major impact on all shots. A beginner should probably stick to lighter paddles to get going in the game and to have a shot at hitting the ball with some power and beating opponents. Winning is fun as is simply hitting a good shot.

One of the greatest things about playing pickleball is that it doesn't require much pickleball equipment to get going.

Paddles for a beginner can be very inexpensive but pros will play with paddles that can range up to $200 in price. The temptation may be to buy the cheapest paddles for a beginner but investing in paddles will benefit the new player in that the ball bounce off the face will likely have more power with a slightly more expensive paddle. 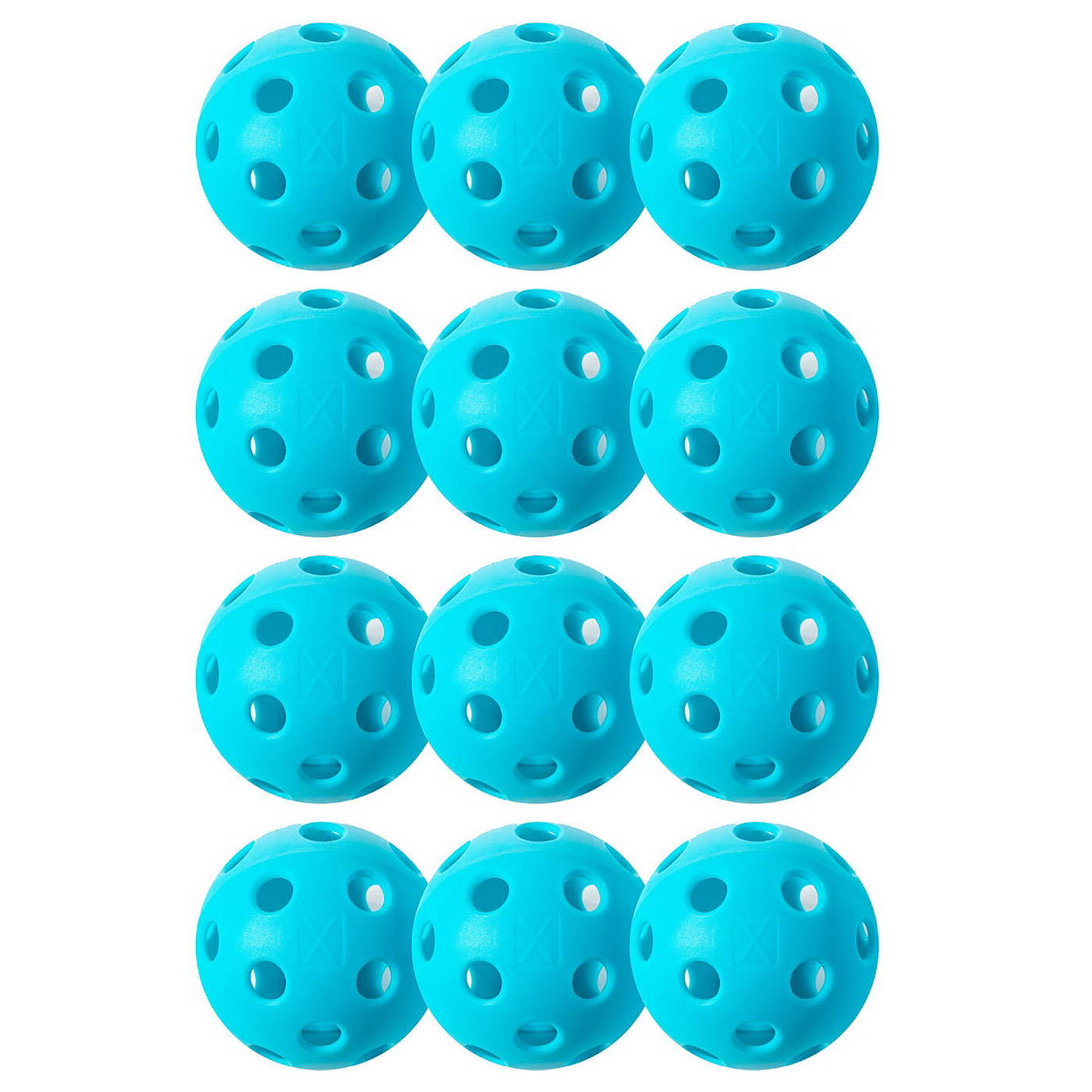 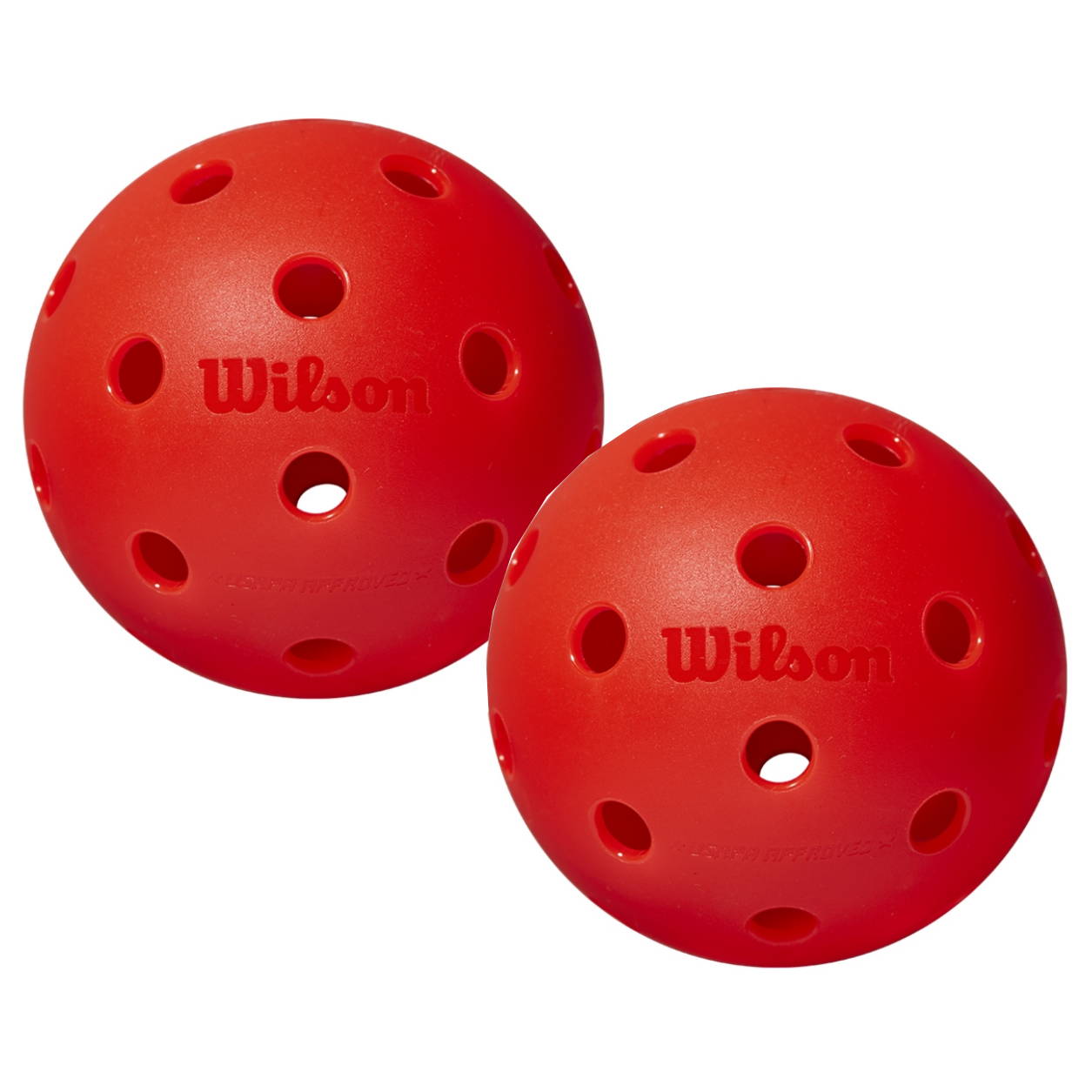 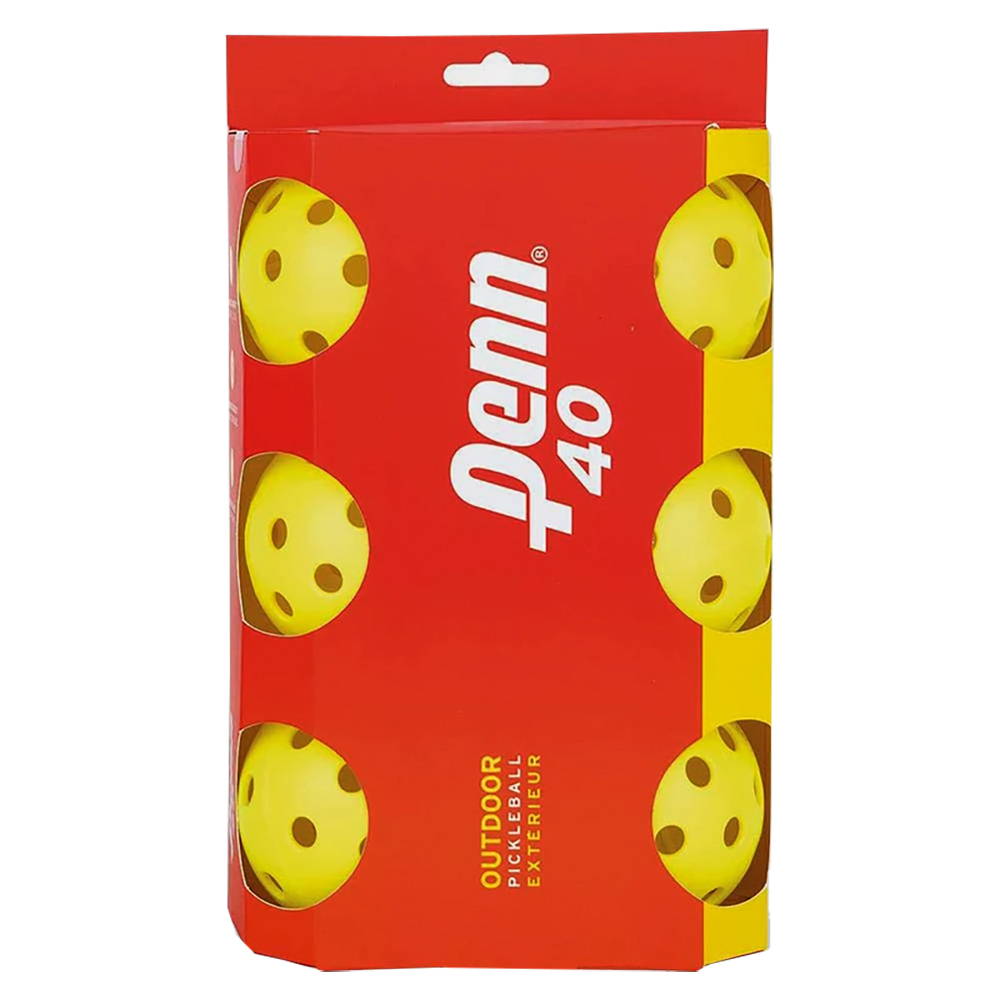 Since you hope to hit the ball over and over, it makes sense to have a ball or two with you as they will break from time to time. However, they do last a long time, so beginners don't need to buy them in large quantities.

Inside vs. Outside Balls

There are differences, so know where you will play games with your friends. Outside balls will be a bit heavier and have fewer holes to reduce the impact of wind on a shot. The color of a ball is not important to play so get a color you like!

Any kind of court shoes that have non-marking soles will be just dandy for pickleball players. However, be sure to wear a pair with good lateral support as making quick side to side moves all over the court is an important part of this, the fastest growing sport in the USA.

To Play Pickleball You Must Use a Net

The game requires you to hit the ball over the net inside or on the lines of the opposite side of the court on every shot including the serve, all groundstrokes and every volley in order to win a point. After it passes over the net, you can hit it in the air, or you can let it bounce in the court.

The net is 36 inches high at the sideline and 34 inches in the middle. Tennis equipment can be used if it is lowered to this height. Portable nets are common, and they can be found standing up on basketball and tennis courts everywhere!

In pickleball game scoring, you can only win a point on your serve. The server announces their team's score first followed by the opponent's score.

In a doubles pickleball game, if the first player serves a fault or fails to win the point, the serve goes over to their partner and then to the opponent team. The number of the server is announced after the two scores.

A game is typically to 11 points. If the score is tied at 10 points, the game scoring continues until some team wins by two points. A match can be two out of three games.

Players who want to hit a shot in the air cannot do so while touching any part of the kitchen (NVZ). While this shot is a real offensive shot and can catch other players off balance, the game of pickleball is designed to encourage longer points with many shots.

Drop shots are a regular part of the game. A drop may catch an opponent off guard, but players know they can enter the NVZ to hit a shot after it bounces and hit their own drop or dink.

It is common for an opponent to match dink for dink and your partner must be awake to this aspect of pickleball.

You may have heard that the game of pickleball is played as a social game. It is true and your opponent must be given every benefit of a doubt. For example, if one partner calls a shot out and other calls it in, by rule, it is in.

A pickleball tournament is serious business but it would be very unusual to see them played with any display of temper. Pickleball is set up to be a sport of good behavior.

You can rely on pickleballpaddles.com to be your one stop shop for everything you need to play. Look to us for a huge selection of paddles, balls, shoes and men's and women's clothing.

If you have questions, you know the pros here have your best interests at heart. Call us and get to know our friendly staff of experts who want to help you regardless of whether you are looking for your first paddle or if you are an advanced pro seeking to improve your rankings.