Doubles is the most popular way to play pickleball. Since pickleball is a highly fun and social game, playing doubles has exploded in popularity and is largely responsible for the growth of the game. Knowing the rules for playing doubles is not difficult and we tell you what you need to know here.

The United States of America Pickleball Association is the official rules maker for the game. They have a very active program that constantly reviews the rules for purposes of improving the game and encouraging participation.

A surprise to some racquet sports players is to find that the doubles court in pickleball is the same court as the one used for singles (see diagram below.) This has no impact on the rules other than as noted below but it has major implications for strategy.

In singles pickleball the strategy here is closer to tennis than it is in doubles in that players have much more room to hit shots with pace including passing shots. Doubles pickleball, while including plenty of exciting rallies is typically won and lost at the kitchen line (non-volley zone line) sometimes with drives and smashes but also with drops and dinks.

The serving team consists of the two players that are putting the ball into play by hitting the ball with the server's paddle pointing downward toward the court. The ball may be hit either out of the air or after a single bounce.

The receiving team is the opposing team facing the servers. They may return a serve that is in after it bounces in the correct service court diagonally from the server. (See diagram.) 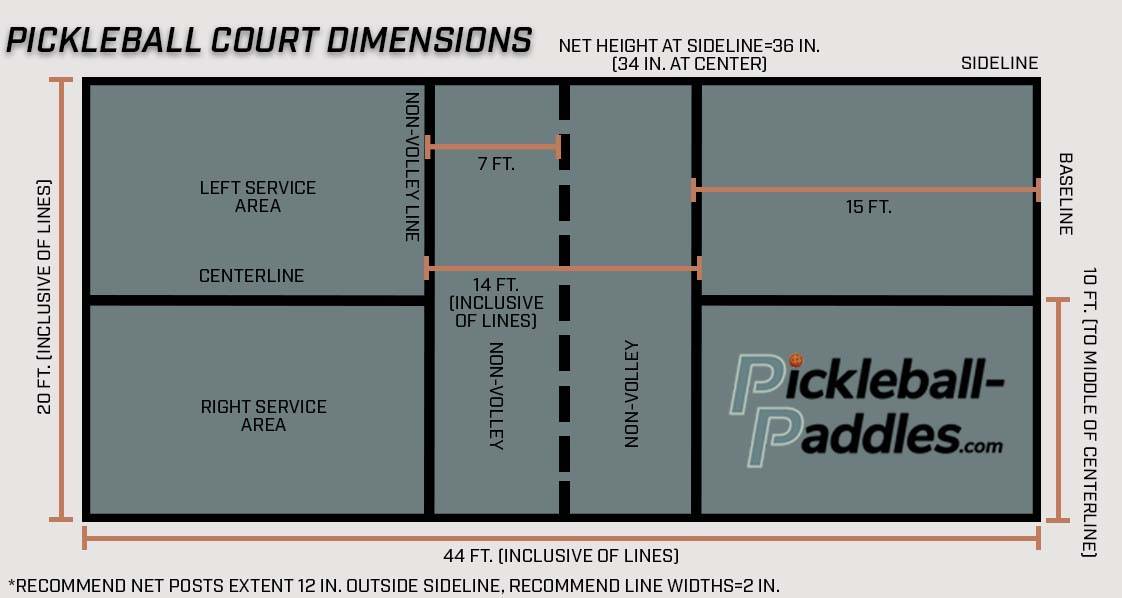 The Non-Volley Zone (also known as the kitchen) is a seven-foot area on both sides of the net that is highly unique in racquet sports. In pickleball, this zone is important in both doubles pickleball and singles pickleball.

The non-volley zone includes the lines enclosing that area and may not be touched by a player hitting the ball in the air. Some people think it is completely off limits but that is not true.

Any player can be in the kitchen as long as they are not hitting the ball in the air (a volley.) In addition, a player hitting a volley cannot allow their momentum to carry them into the kitchen.

If a player violates this rule, the point is lost by their side automatically. The point is over at the instant the violation occurs.

This rule applies to both a singles and doubles pickleball game. This rule states that the ball must be allowed to bounce after both the serving team and the receiving team each successfully hit the ball.

If either side violates the two bounce rule, they lose the point.

Failure to execute this means he or she commits a fault.

If the receiving team is successful returning the serve, the point continues until one team or the other fails to get the ball over the pickleball net and into the opponent's court. Note that the sidelines and baseline (but not the kitchen line for serves) are considered "in."

If the serving team is successful, the first server switches to the left side and puts the ball in play into the right hand court as they face the court. The point continues as described above.

The first server continues serving alternating sides of the court, until they lose a point. Also note the first server only gets one chance to have a successful serve.

Other than the first or second server alternating sides of the court, the server must serve from behind the baseline. The other player on the serving team can position themself anywhere.

However, it is worth noting that they must adhere to the two bounce rule awaiting the receiving team getting their shot in play. So, there is no reason for the non-server to start anywhere but behind the baseline just like the person serving.

Called a "side out" the first server exception does not apply now and their server number one continues to serve until they, as the serving team make a fault or loses the point. Then their second server serves until that player loses the point or their team commits a fault.

According to official pickleball scoring rules, the server announces the complete score of that pickleball game before every serve. If the ball is served but the receiving team questions the score, play continues until the point is scored.

Pickleball scoring rules require the use of side out scoring. This means that only the serving team scores a point. After both the first server and the second server fail to win a point, it is a side out at which time the opponents can score points.

The big difference with rally scoring is it doesn't matter which team loses a rally. To score a point, you must win the point no matter if you are the server or receiver.

The traditionalists like side out scoring because it is how the founders established pickleball rules. And this view holds that side out scoring evens the scales between the first serve team and the second serving team.

This method favors longer games and makes pickleball scoring consistent with the philosophy of doubles pickleball being an especially social game. It also makes a winning point especially rewarding as it is so hard earned.

In addition, with pro tournaments now getting deals from television networks and streaming services, rally scoring would make for shorter, more exciting games that is "TV friendly." There are some other nuances in rally scoring about how a point is scored and the impact on serving. This discussion of how you score a point will continue.

Doubles pickleball has all the same rules as singles pickleball with respect to stopping play. It is expected that only short gaps occur between when a fault occurs, and the server's partner takes over the serving.

The serving side should be respectful in allowing the opposing team to get situated on their side of the court. Gamesmanship as to when the server serves, or the receivers are ready to receive is not welcome in pickleball and timing rules governing receiving and serving teams readiness exist and can be enforced in tournaments.

Play can be halted from either side of the court under three basic circumstances:

1) A hinder: This occurs when something or someone comes on the court hindering any player. This includes balls or players from some other pickleball court coming on the court. If this happens in the middle of a point, the point is replayed with the same receiver score and server score and player positions.

2) Injury: If a player is injured and especially if they are bleeding, play stops at the end of a rally. Rules exist on timing required for continuation of a match under these circumstances.

3) Time out: Either team can call a time out after the end of a point. In sanctioned tournaments, there are strict rules as to the length of a time out and the number of time outs that a team can call.

During a timeout paddles and balls are placed on the pickleball court where each player is stationed, and the server's score and receiver's score are agreed on as is who has the next serve.

Behavior on the Pickleball Court

Pickleball takes great pride in separating itself from other sports when it comes to player behavior. Particularly in sanctioned tournaments with officials, there are a series of penalties that can be assessed whether the score is odd or the score is even in the event of player misbehavior.

The overriding principle of sportsmanship applies to line calls too. In matches without officials, players are expected to call the lines on their own side of the court only.

The rules in pickleball are different than in tennis when a serve hits the top of the net and goes over. The service rule in pickleball is simple: if the ball hits the net and lands in the correct service courts, the serve is in play. If the ball touches the top of the net, goes over but does not land in the correct box, it is "out", and the serving team commits a fault. There is no "let" as there is in tennis.

Here, the rule is the same as in tennis. The server may not step on or over the baseline during the serve or a foot fault occurs.

One of the many great things about pickleball is that it requires very little in the way of equipment. Playing doubles requires the same equipment as singles. 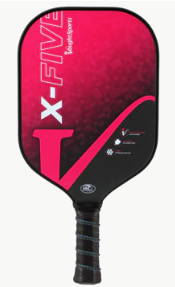 Good quality paddles start about $60.00 and can cost as much as $200 for the high-end items. See our Buying Guide for details but beginners should stick to lighter weight (7.2 ounces or less) paddles and most players should use mid-weight paddles (7.3 to 8.4 ounces.)

Made in two different categories, outside and inside, good quality balls are low cost and durable. Pitch them if they get cracked or out of round. 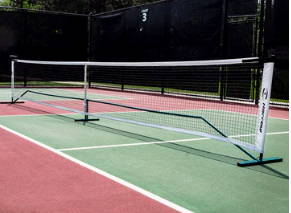 You might find that your community does not have pickleball nets but they do have pickleball lines on tennis courts or gym floors. If you expect to play a great deal, a net is a worthwhile purchase to make. 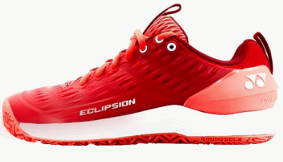 Stay away from running or basketball shoes. Any good court shoe with a non-marking sole will help with traction and side to side moves so common and important in pickleball.

Shop for the Best

Pickleball-paddles.com is delighted to be your one stop shop for everything pickleball. And we have a terrific team of pickleball experts who are here to answer any questions you may have.

Take advantage of curbside pickup if you are in SE Michigan. If you are shopping for gifts, we have everything for that pickleball lover on your gift list. We love pickleball!